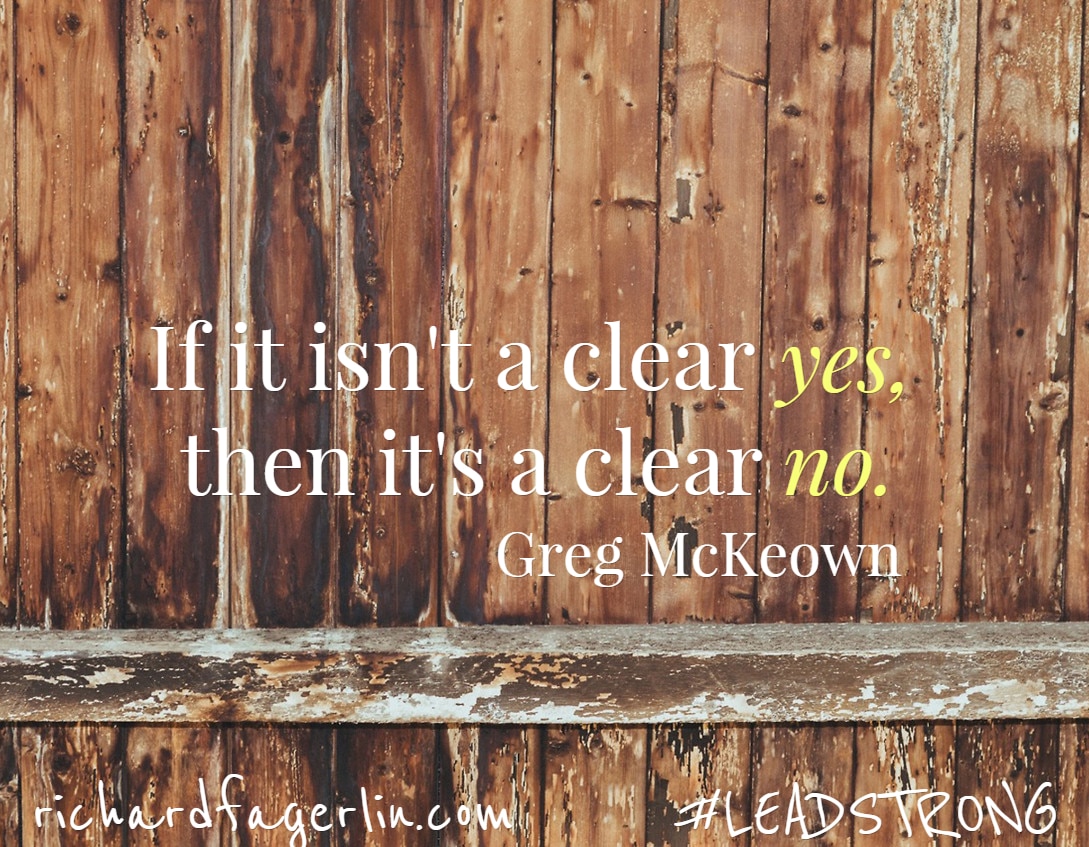 During one of our leadership development sessions, the newly appointed CEO addressed the group saying, “Anytime someone says that ‘you can do anything you set your mind to,’ I tell them to dribble a football for me.” I wanted to yank him from the front of the room and yell “LIAR” to protect this group from such pessimistic thinking. The truth is, he is right – kind of.

Jack Welch once said, “There is no such thing as work-life balance. It’s work-life sacrifice.”

There is no and in this discussion, it is simply how much. How much are you willing to sacrifice and how much are you interested in gaining? Excellence in either of these areas comes at a sacrifice of the other. Some sacrifice is little, and some is great.

It may help to realize that perhaps we can have anything we really want in life; we just can’t have it all right now. There are seasons we face and knowing what season you are in and what works for that season is important. In the season of having 4 kids at home, all with their own individual schedules, it is unreasonable to think that my wife and I can get away for a long weekend once a month. It is unreasonable to think that we can travel the world, exploring new things and leave the responsibilities and commitments from home. I hope (and pray) that this season will come. When it does, it will be glorious. Until it does, we will embrace and enjoy the season we are in.

Years ago I came up with a standard that helps me make my best yes choice. In determining if I should say yes I run it through three filters. How does it impact my:

I shared this filter one time with a friend who was asking me to be involved in several community-related events. He is one of the most connected and networked people I know. I told him that if it didn’t positively impact my faith, my family, or my business, I just couldn’t say yes. It was as if the wind had left his sails. He sat back and after taking a deep breath said, “If I had lived that standard I probably wouldn’t have lost my marriage and would be spending every night with my kids, not half of them.”

I could empathize with his pain. I have seen the look on my kids when they learned last minute that I was heading on another business trip or the tone on the other end of the phone when my wife was totally maxed out. I have also seen the frustration with a client when I failed to fully communicate an agenda because I took time the day before to go skiing with my kids or to just hang out at home.

This standard isn’t a hard and fast rule as there are times and situations when the right thing to do is to step up and do what is needed. The filter isn’t to create selfish “me only” ambitions but rather to give you the freedom to say no to non-essential requests of your time. This allows you to do the right things – not everything.

According to McKeown, here are some options for saying no gracefully:

When we are asked to do something, we often confuse the request with our relationship. We forget that to deny the request isn’t the same as denying the person. Separate the decision from your relationship allowing you to make a clear choice.

A blunt no is often the right answer, but when it isn’t you can choose replies like “I’m honored you would ask me but right now is not a good time to add to my plate” or “This is something that I would love to do, but right now I need to focus on completing a big project.” You can acknowledge the request and share that you are not able to accept it without always saying no.

When you say yes it means you have less time, energy and resources for something else. What is this trade-off? Is it worth it to dilute your efforts elsewhere by accepting a new yes? Count the cost and determine your trade-off before committing to more.

Everyone has something to sell. An idea, an opinion, a viewpoint or a project. Don’t get cynical about people, just be aware of what they are selling. If you know what is being sold, you will be better informed whether you want to buy it or not.

There is often a cost to the relationship when you say no. After all, you were asked to do something because the other person wanted (even expected) you to say yes. When you say no you are communicating that your time is valuable, which over time, will gain you respect. The trade-off of popularity for respect is a short-term pain and long-term gain.

When was the last time your “I’ll do my best” or “I think I can fit this in” yielded good results for you or the other person? A clear no is more respectful and helpful than stringing someone along.

It doesn’t matter as much what standard you choose for saying yes as much as you have one. Determine how you will determine the clear yes answer. Practice this technique over the next 10 days. Say no and without actually saying the word no. Tell yourself that unless it is a clear yes, then it’s a clear no. See what happens and report in on your progress.

Trade is multi-niche business theme. It comes with hand crafted layouts to help you get your site up an running in no time.